I have some exciting news to share. I’ll be releasing two books in the next few weeks!

First up is RUSH.  Here’s the gorgeous new cover and blurb for the book: 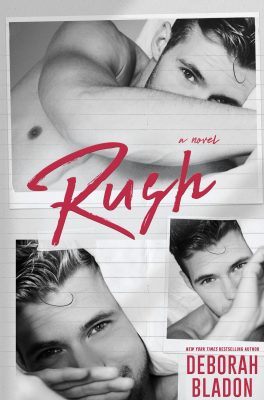 I met Case Abbott when I was stepping out of the shower.
I had a towel wrapped around me.
He had his phone in his hand ready to call the police.
I snuck into my brother’s Manhattan apartment so I could surprise him.
Except, I was the one who was surprised. Not only was my brother out of town, but he didn’t own the apartment.
His best friend, Case, did and he had plans for the night that didn’t include me.
After I packed up my things so I could check into a hotel, Case had a change of heart.
He told me I could stay in his guest room until my brother came back.
I should have been hurrying back to my life in Seattle.
Case was needed in California, where he lived most of the time.
But our attraction was undeniable.
The rush I felt when I was with him was addictive.
My gorgeous temporary roommate proposed that we cross the line with the mutual understanding that when my brother returned to New York, we’d go our separate ways.
We both knew there was a risk that someone would get hurt.
Neither of us could have predicted who that would be.

CATCH will release shortly after RUSH.

CATCH features a character that was first introduced in BLOOM.  I think you’ll love Keats Morgan as much as I do. 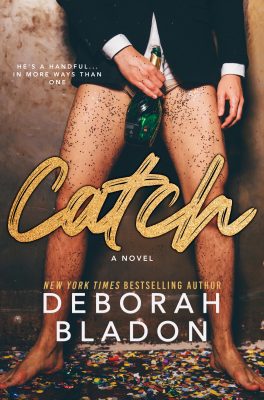 I found something that belongs to Keats Morgan, the notorious bad boy sports agent. So I do the right thing.
I return it.
You’d think the man would be happy to have it back.
He’s not.
Instead, he proceeds to fire his assistant right in front of me.
He looks to me to step in as a replacement, but I want nothing to do with the jerk.
Keats is gorgeous and charming as hell. It’s his arrogant attitude that makes me turn around and almost walk out the door.
The problem? I desperately need a job. Any job.
And Keats is offering me an incredible one.
I agree to his terms before I realize there’s a catch, and it’s a big one.